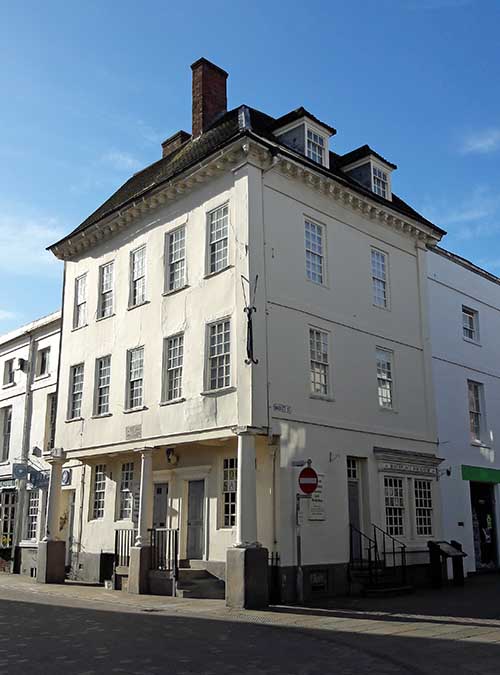 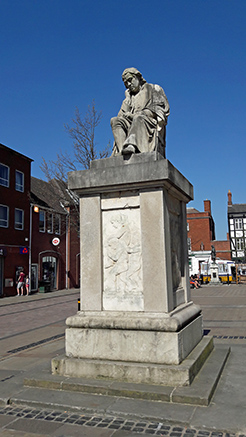 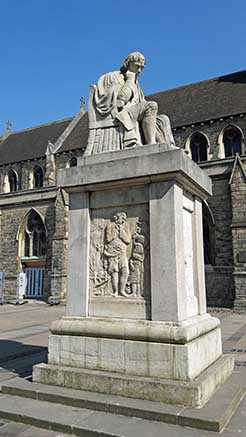 Market Square: statue of Johnson (1838) by Richard Cockle Lucas; presented to the city by the Revd James Thomas Law, chancellor of the diocese of Lichfield. 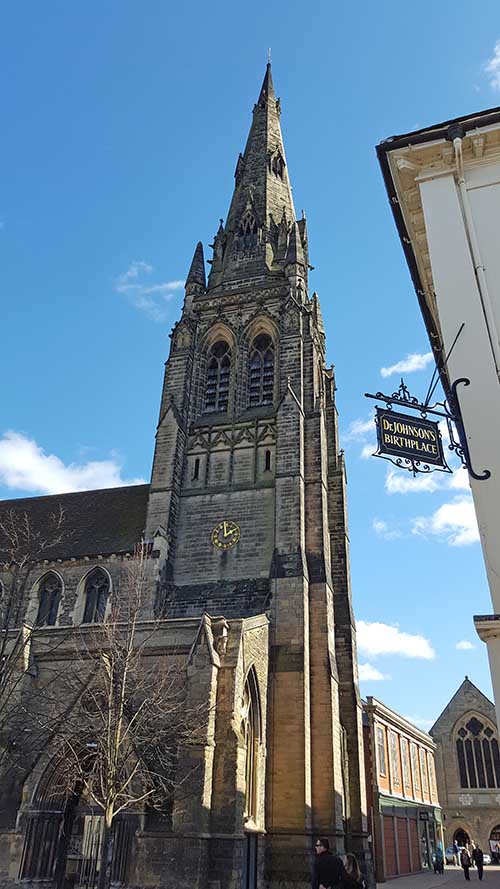 Market Square: St Mary’s Church. Johnson’s baptism in September 1709 was recorded in the register of the Georgian church, which was replaced by the current building in 1870. 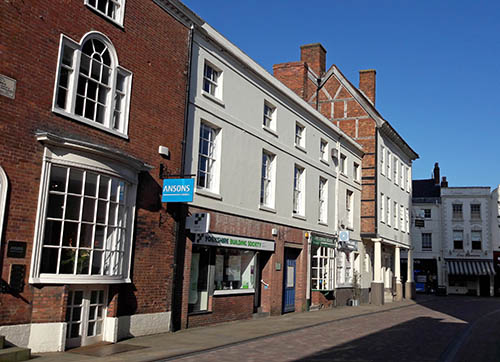 Breadmarket Street: the former Three Crowns, where Johnson and Boswell stayed in 1776.

Bore Street: the Guildhall, rebuilt in the 1840s. It was during a theatrical performance here that Johnson threw a man who had occupied his chair into the pit of the theatre, along with the disputed chair.

St John’s Street: the old Lichfield Grammar School, which Johnson attended. The Master’s House dates from 1682; the school building itself postdates Johnson’s time, and was constructed in 1849. 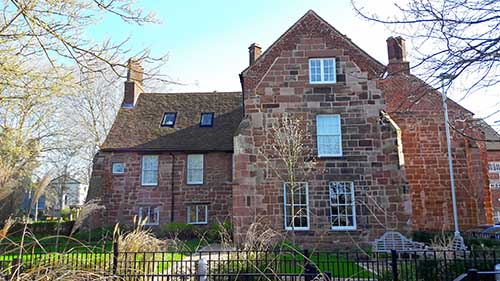 The Friary: the Bishop’s Lodgings, where Johnson and Boswell breakfasted with Mrs Cobb and Miss Adey on 24 March 1776.

Bird Street: the George, where Boswell stayed in 1779. 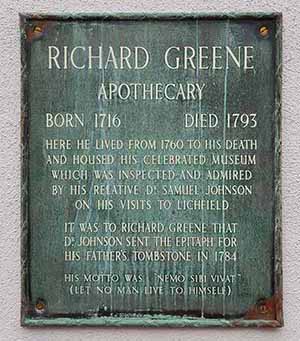 Market Street: site of Richard Greene’s Museum, which Johnson visited with the Thrales in 1774 and with Boswell in 1776.

Market Square: statue of Boswell (1908) by the author and sculptor Percy Fitzgerald, who presented it to the city.

Bird Street: the Swan, where Johnson and the Thrales stayed in 1774.

Bird Street: mosaic of Johnson (1976) by John Myatt after a portrait by Sir Joshua Reynolds. 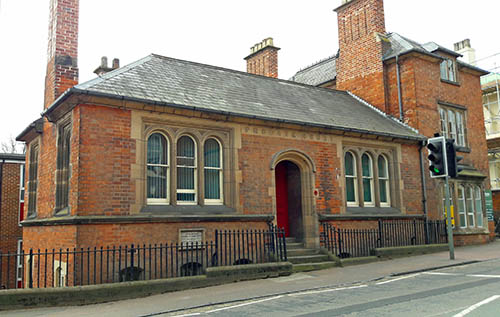 Beacon Street: home of Erasmus Darwin, where Johnson and the Thrales breakfasted on 8 July 1774. 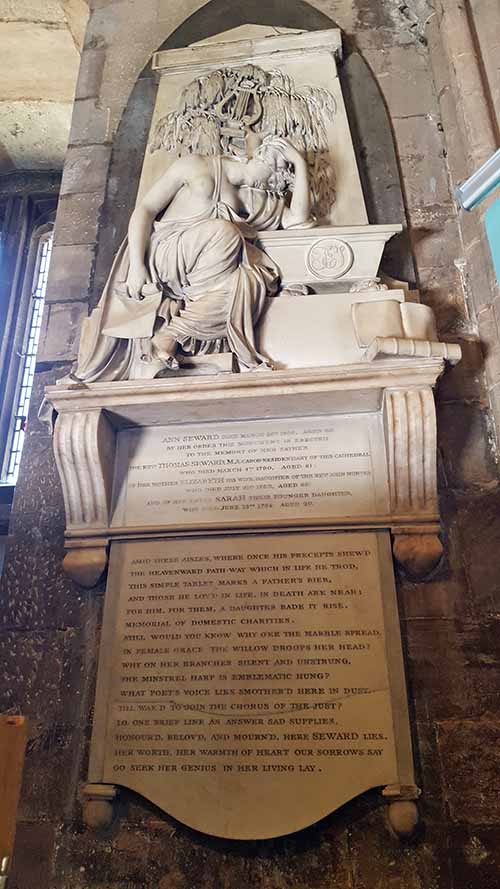 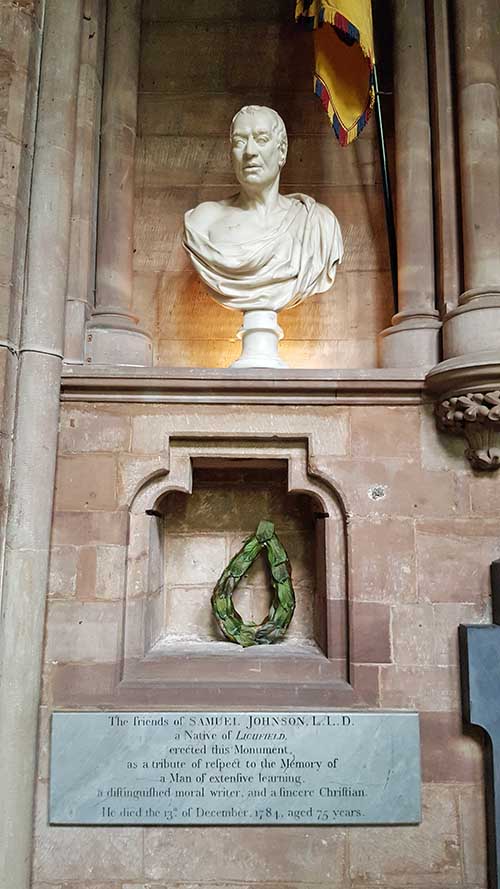 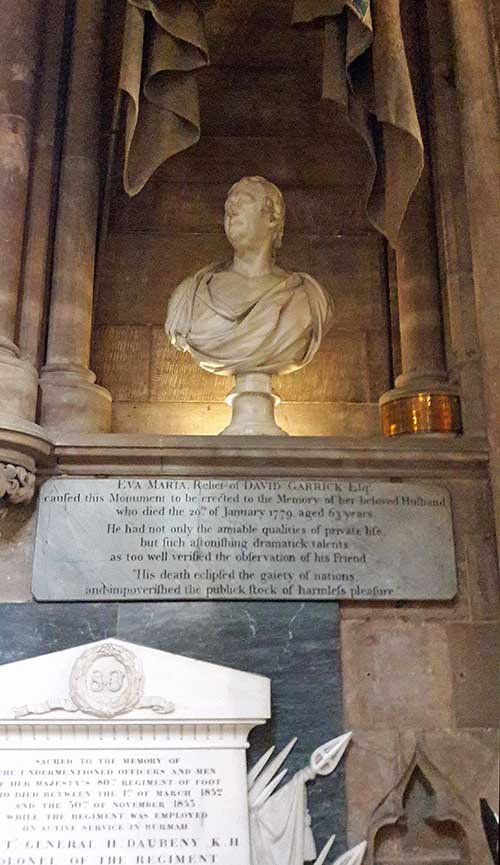 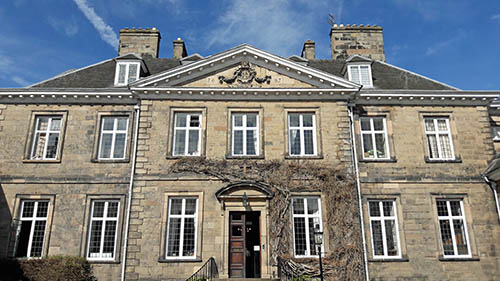 The Close: the Bishop’s Palace, where Gilbert Walmesley and, later, Anna Seward lived. 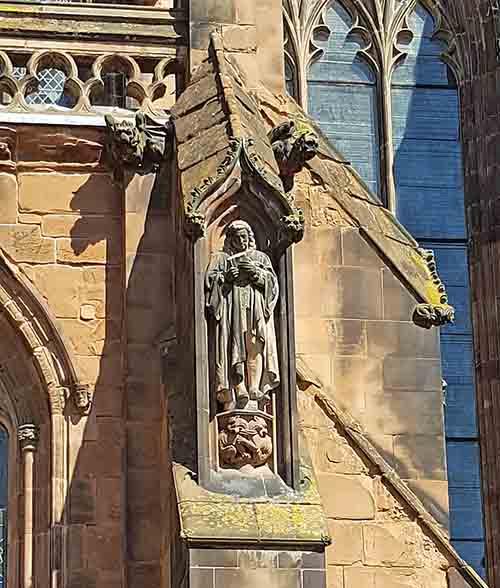 Lichfield Cathedral: 19th-century statue of Johnson on the south-east exterior. 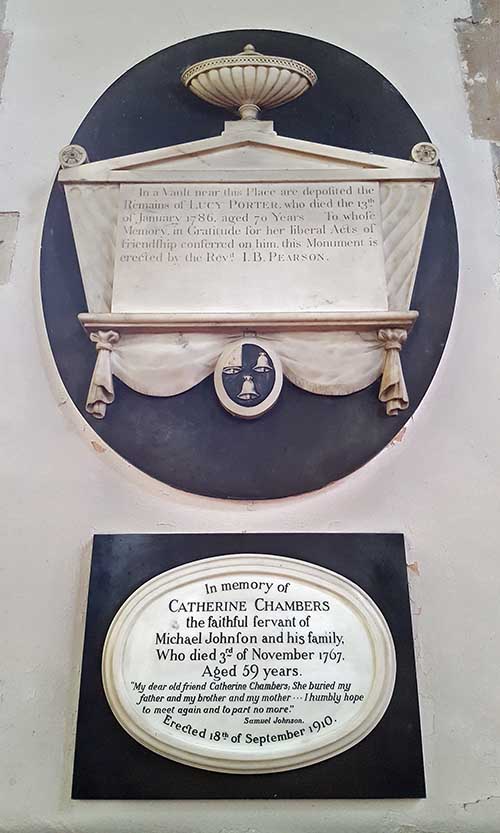 St Michael’s Church: memorial stone to Samuel Johnson’s parents and brother, with a Latin inscription composed by Johnson himself.