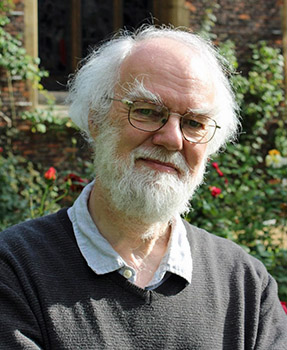 The highlight of the Society’s year is the annual Johnson Birthday Weekend in September. The celebrations of Johnson’s birth include a wreath-laying ceremony at the statue of Johnson in Lichfield’s Market Square on the Saturday morning, and a special Johnson service in Lichfield Cathedral on the Sunday morning. Another important element of the celebrations is the Birthday Supper, held on the Saturday evening in the grand surroundings of Lichfield Guildhall, which is attended by civic dignitaries and by admirers of Johnson from Lichfield and around the world.

During the Supper a new President of the Johnson Society is installed. The Society’s current President is Dr Rowan Williams – or, as he is more formally known, Baron Williams of Oystermouth, PC, FBA, FRSL, FLSW (pictured). Dr Williams is one of the most distinguished individuals ever to accept the presidency of the Johnson Society. He is currently Master of Magdalene College, Cambridge, having previously served (from 2002 to 2012) as the 104th Archbishop of Canterbury, and before that as Archbishop of Wales.

Prior to this, Dr Williams had an extensive academic career at the universities of Oxford and Cambridge. As an undergraduate at Cambridge, he achieved a rare starred first in his final examinations, attained a doctorate at Oxford University and later became the Lady Margaret Professor of Divinity at Oxford, at the age of 36. He holds honorary doctorates and degrees from more than a dozen universities around the world, and in 1990 was elected a Fellow of the British Academy; in 2002 he became a Member of the Privy Council. Dr Williams is a noted theologian and has published numerous books on theological and social matters. He is in addition a respected poet. The collected edition of his poetry was long-listed for the Wales Book of the Year in 2004; he has also undertaken translations from the Welsh poets.

In view of Dr Williams’ standing as a man of deep religious faith, a scholar and a poet, like Johnson himself, we could ask for no one better to follow on from Henry Hitchings, who completed his excellent year as President, and handed over to Dr Williams, at the Annual Supper on Saturday, 14 September 2019. Dr Williams’ presidential address at the Supper was entitled: ‘Samuel Johnson and the tradition of Tory anarchism’.